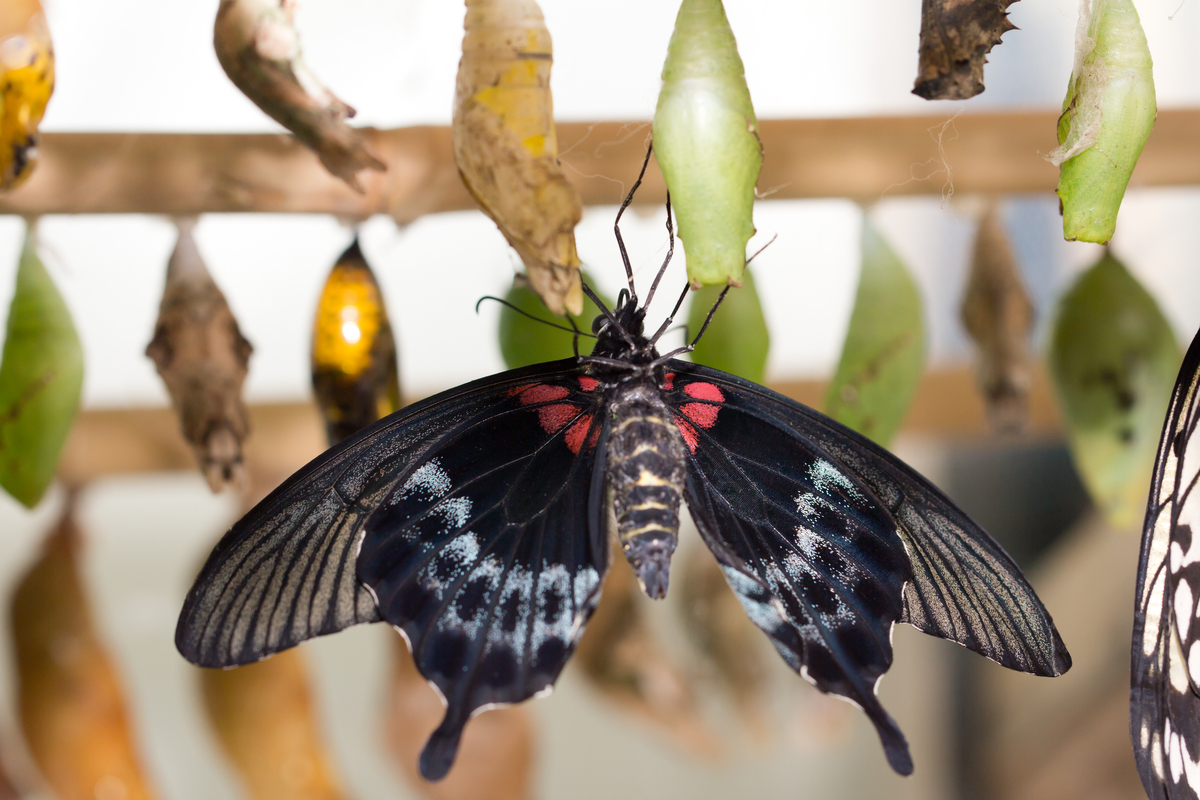 A Tale of Two Transformations

This post appeared first on the Christian Scholar’s Review blog, and is reproduced with permission.

I was recently provoked to fresh reflection on two very familiar passages as I prepared to share them with education students. One is about schooling; the other is about being born anew. I had admired them both, but now gained a fresh sense of their interconnection. Both are drawn from a vivid allegory that predates the Pilgrim’s Progress by half a century but is much less well known to English speakers. The Labyrinth of the World and the Paradise of the Heart, by John Amos Comenius, has just appeared in a fresh and beautifully presented adaptation in English by Tim Price.1

Like Bunyan, Comenius has a pilgrim character learn hard truths on a journey toward salvation. Comenius’s pilgrim, however, is not on a hike to the celestial city. He undertakes a tour of the labyrinth of the world. The preface assures us that the tale is “no mere literary concoction” but is quite “realistic,” narrating events that we will recognize from experience. He warns us that “my guides, and indeed those of everyone groping through the system of the world, are two: 1. Presumptuousness of mind, Mr. Ubiquitous (or Searchall) who examines everything; 2. Inveterate custom, Mr. Delusion, who offers a shade of truth concerning any matter, which deceives the entire world” (p. xx). If you think you know better, remember that you too wear deceptive glasses “through which you are perceiving everything as an inversion of what it really is” (p. xx). This point becomes a major theme of the story: the apparent normality of the world and of our everyday perception is not to be trusted. The two deceptive guides give the pilgrim a bridle and spectacles, designed to make the vanity of the world seem like wisdom. Yet the spectacles sit crooked, allowing him to peep out at the sides and glimpse the violence beneath the surface of things.

The first passage I revisited while preparing to teach describes the process of schooling and the transformation it seeks. As the young approach a gate called Discipline, they are examined to see if they possess the prerequisites for learning, for “If the head is not like steel, it will burst. Without a brain like mercury, how might the student have reflection? If their skin wasn’t like forged iron, how would they endure the formative process? If their seat were not like lead, they could not sit around and would lose everything. Without a purse of gold, where could a student obtain the leisure, teachers, and mentors, either dead or living?” (p. 46). As the pilgrim proceeds, he sees students having their tongues trimmed and holes bored in their heads to pour in new content. He sees students struck with fists and rods until they are covered in bloody welts. Some tear free and escape; few persist. “I too,” the pilgrim reports, “remained in this reshaping process, which could not be achieved without these hardships, pains…and bitterness” (p.47).

Some of those who persist become academics, filling decorated boxes with medicinal potions to improve the mind. Most are concocted in haste from whatever comes to hand and consumed indiscriminately, so that those who drink them gain swollen stomachs but are never satisfied; what they cram into their mouths is expelled again from both ends, undigested, causing some to warn against the dangers of books. The academics resort to forcing their potions upon unwilling victims while fighting one another with unusual cruelty, shooting at one another with paper and sparing neither the wounded nor the dead. A few find wisdom, but again, not many.

The academy is just one of many professions dismantled under the pilgrim’s sidewards gaze. By the end of his tour, he stares not upon the gates of the celestial city, but into an abyss of futility and despair. All that seemed to structure life is meaningless and violent. He collapses in terror, crying for mercy.

At this point (and here we move to the second of the passages that held my attention) he hears a soft voice telling him to “Return!” He can see no speaker. He is drawn into the dusty recesses of his heart. There he finds a mess of faded portraits with names like Prudence and Humility, broken ladders, pulleys, clocks, wings with broken feathers, and feeble light from a grimy window. He cannot imagine how to proceed. Amidst a sudden light from the window, he sees “a man, whose outward appearance was not unlike every other man, yet his splendor was truly like God” (p.179). Despite his radiance, he did not inspire fear, but rather seemed the “essence of kindness and friendliness” and came with gracious words: “Welcome, welcome, my dear son and brother” (p.179). The pilgrim is embraced and kissed, and a transformation begins. The portraits regain their color and begin to move. The machinery becomes intricate and whole, reflecting the glory of creation. The ladder is repaired, making it possible to look out through the restored window. The mended wings propel a restored desire for God (p.187). Yet now the pilgrim is pointed not across the river, but back into the world, with a new bridle and spectacles that not only reveal vanity and violence more clearly, but also allow the perception of comfort.

There is much that can be discussed here, and if the text is unfamiliar, I recommend it for its unflinching gaze, vivid imagery, precise awareness of the necessity and insufficiency of critique, and, ultimately, its warm hope. Here I offer just one thought that arose as I considered sharing these two passages in an education class. The thought was that the two passages, the critique of schooling and the description of rebirth, are more connected than they might at first seem. They offer two visions of transformation. The schooling satirized (and experienced) by Comenius seeks transformation through violence, physical and symbolic. The verbs that surround the “discipline” of schooling and the “medicines” of the academy are those of cutting, trimming, shaping, enduring, striking, cramming, fighting, forcing. The pilgrim submits to the “reshaping,” but in the end it cannot stave off despair, embedded as it is in the cultural system that it seeks to remedy. The second reshaping comes couched in a different vocabulary, foregrounding a soft voice, kindness, friendliness, love, mending, joining, reassembling. The language of base metals is replaced by that of moving parts and illumination.

We can of course read this as an opposition: the educational mechanisms of the world cannot achieve the transformation found in yielding to God in Christ. But it would be inconsistent with Comenius’ vision to see this as a simple disjunction, in which one replaces the other, the transformation of faith simply supplanting the transformation that comes through learning. The contrast, taken with the resending back into the world, invites an imaginative reframing. It invalidates education that takes the form of violence and asks us to practice learning differently. Juxtaposing these two passages invites us to imagine students not as metallic objects to be knocked into shape, but as fractured hearts in need of divine invitation and welcome, a welcome that should transform their path of learning.

Comenius’s personal motto was omnia sponte fluant, absit violentia rebus—let everything flow spontaneously, let violence be absent from things. This sensibility deeply informed his attempts at school reform. Pithy mottos, of course, like poetic and darkly humorous satires, are not programs, and do not tell us exactly what to do. What they do offer is a challenge to reflect on the basic hunches that color our imagination as we envisage the reshaping of others.