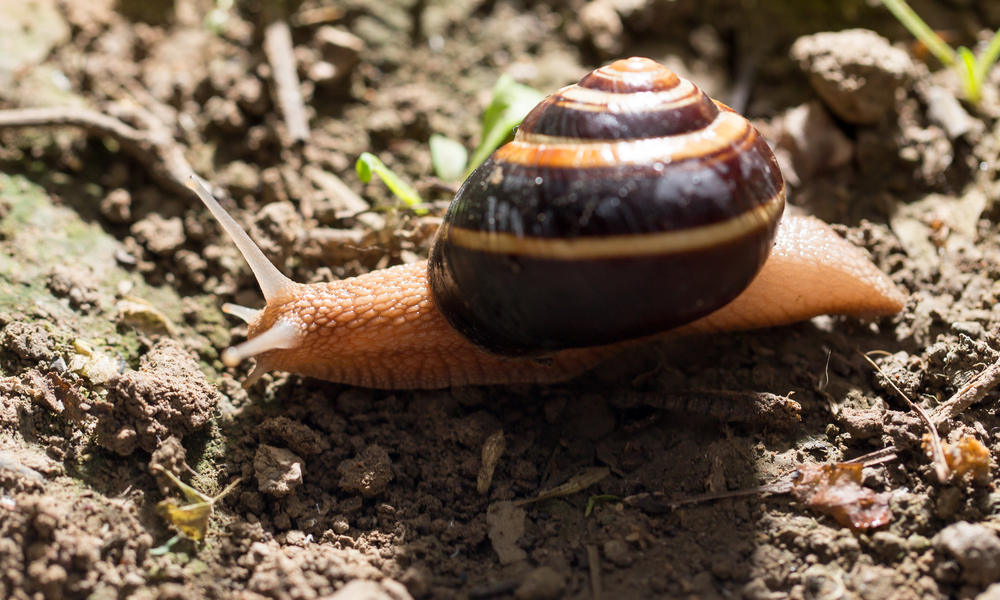 Consider the Snail: Teaching Online and Learning to Breathe

This post originally appeared on the Christian Scholars Review blog, September 8, 2020, and is reproduced by permission.

Snails, it turns out, have things to teach us, even for folk with advanced degrees. Things that could be relevant to an online course. Things that carry a faint echo of wisdom’s laughter at the delights of creation, as narrated in Proverbs 8. Things that also have to do with how we use technology for learning, and with how we breathe, and with what we let each other get away with.

But I should start at the beginning. One of my institution’s responses to the advent of COVID-19 was to create a range of new online learning opportunities gathered under the heading of A Christian Witness in a COVID-Shaped World. I had the opportunity to teach one of these with my colleague, Marj Terpstra, a fellow member of a team that had just concluded a large research project on digital technology use in Christian schools. With educators around the world struggling to move learning online, we thought that our research might be relevant, so we built our course around the resulting book, titled Digital Life Together. More than 40 educators from 14 time zones enrolled. They worked in Christian and secular schools, colleges, and universities, and brought a shared concern for learning how to respond to the rapid digitization of education, especially given the intensity of their experiences with moving their teaching and/or programs online at short notice in the spring.

Our research was neither a hurrah for the digital future nor a diatribe against digital learning. It was an attempt to understand, with good empirical evidence, what is really happening when we teach with technology. It was also a call for intentional Christian reflection on how to do so in ways consistent with our faith commitments. Teaching an online course, created at short notice, that focused on this topic seemed to offer plenty of scope for instructor hypocrisy. It felt a bit like teaching about the difficulties of tightrope walking while actually on a high wire in front of an audience. We could do no other than give plenty of thought to the form of our learning together, not just the content.

We covered a lot of ground together, and here I will only zoom in on one thread that continues to intrigue me, weeks after the end of the course. Our research found both positives and negatives connected to digital learning. One of the troubling themes had to do with how teachers and learners experienced and structured time. We found learners talking about how digital devices tempted them to use search capabilities to skim texts for quick answers instead of reading them, or to procrastinate in class knowing that tasks would remain accessible later when they might feel like engaging. We found teachers wrestling with the disappearance of the boundary between work and home (when is a digitally available teacher not at school?) and the ratcheting up of expectations from students and parents in terms of how quickly they should respond to questions and messages. Technology held out the promise of organizing an increased quantity of tasks and getting them done quicker, and in at least some cases this eroded learning and created stress. How to engage these themes in an online course?

Not without trepidation, we decided to risk some unusual assignments. First, we approached some reading assignments with an explicit focus on pacing and reflection. Here is a sample of our instructions from the second day:

First, sit quietly for a full minute, listening to your breathing.

Carefully navigate in Digital Life Together to Chapter 2…

Read just the quote at the beginning of the chapter. “How [does providing digital tools to students] integrate with faith and Christianity? I don’t know that it necessarily does, but I’m sure that somebody’s had to have thought it through.” Parent

Re-read the quote, this time aloud or in a whisper.

As you slowly read the introduction to the chapter (the first two paragraphs), underline or highlight words and phrases that stand out to you…

This already provoked some discussion among teachers not used to explicitly inviting students into contemplative reading in the instructions for assignments. The oddity intensified, however, the following week, in which the assigned activities included the following two challenges.

1. Go outside and find a tree. Any tree will do. Find a comfortable place to sit and observe the tree for 5 minutes. Think about all of the different ways that a tree interacts with the world around it, with other creatures, with human beings. Notice its colors and movements. Think about its community of creatures (did you know that one researcher found more than 950 beetle species (950 species, not 950 beetles) in just 19 trees in Panama?), its history (is it older than you?). What does it take from its environment? What does it give? Make time later to share what you noticed with someone else. As you observe, think of at least one question about trees that you could ask to deepen your understanding – something you don’t know but could investigate online.

2. Porya Hatami is an electronic musician/sound artist in Iran, and the track Snail comes from his album titled The Garden. (Pause here to reflect for a moment: what might you expect from an Iranian musician, and from a music video?) Watch the video attentively and reflect on what you see. After watching, consider: how difficult was it for you to slow down and attend to the small world of one creature for just 7.5 minutes? Did you gain any insight into the world of a snail? What feelings did you experience while watching this video? Disgust? Joy? Annoyance? Delight? Anger? How did the music/soundscape evoke the patient movement of a snail? What can you learn from observing a snail?

So our first move was to ask students to read slowly, repeatedly, attentively, and reflectively for at least some of the time. Then we asked them to watch a tree for 5 minutes. Finally, we asked them to watch a snail for over 7 minutes. (The video is just about a snail. We get to watch it and vicariously enter its world through sound and image. Nothing else happens.) I will confess to some trepidation as we sent this sequence out to course participants. The slow reading activity maybe still skirted the bounds of what participants might expect from a university course on digital technology and education; the snail not so much.

The discussion that followed on our course discussion board was fascinating and profound. Four things continue to intrigue me.

The first was the number of rueful reflections on how difficult this assignment was. Several students confessed that they soon itched to skip ahead in the video to see what would happen and get to the point so that they could move on, that they felt anxious to progress to actually getting something done, that laundry and shopping and email hovered at their shoulder. Some even experienced anger at how the video forced them to wait. All of this was articulated alongside the realization that it said as much about us as it said about the music, the video, or the snail. Observing one creature for seven and a half minutes is hardly monastic in scope. It was something rather less demanding than an all-night vigil. Yet many of us have become people almost incapable of slowing down and seeing without anxiety. What kind of educators might that make us?

The second was a contrasting thread that focused on permission, a term that kept recurring. It was in the end refreshing, several participants reflected, to be given permission to slow down, to look at just one creature for a little while, to not be productive, to just enjoy what was there. One shared a story of taking time out in class to show students a video of another creature for a few minutes, just to marvel at it, letting the video run a few minutes past the information that was to be extracted for the learning activity—and then feeling guilty that they had taken up class time and strayed from the curriculum. Again, seven and a half minutes is hardly War and Peace. Yet many of us have a sense of needing explicit permission to slow down. What does that tell us about our educational culture?

The third was the striking repetition of references to breathing. “I felt like I could breathe” was a comment offered by several different students. The question of who can breathe has become public, poignant, and urgent in the wake of the death of George Floyd, and so I want to be clear here that I intend no cheapening of that literal cry as I highlight my students’ metaphor of breathing. Our culture has many ways of robbing us of breath, and the busy schedules of the privileged are not the greatest suffering in town. But again, what does it say about the culture that we have built if slowing down for just a few minutes during a course to watch a tree and a snail creates a sensation that evokes the language of being able to breathe?

These learning activities were certainly not efficient, though in another sense we may have learned more about learning than if we had just added another reading or quiz. One participant described taking her children outside their house for the tree exercise and beginning a conversation about the tree that had long stood in their yard. The conversation took an hour. It built connections, and yielded shared insights articulated in the mouths of children. She posted a photograph so that the rest of us could see their tree. This, too, was online learning in a COVID-shaped world.

I, wisdom, dwell together with prudence…

I was formed long ages ago,
at the very beginning, when the world came to be…

Then I was constantly at his side.
I was filled with delight day after day,
rejoicing always in his presence,
rejoicing in his whole world
and delighting in mankind.
—Proverbs 8: 12, 23, 30-31

If this is what wisdom has been up to since the beginning, what might it mean to teach wisely? To teach wisely even online?

Perhaps we should go consider the snail as well as the ant.