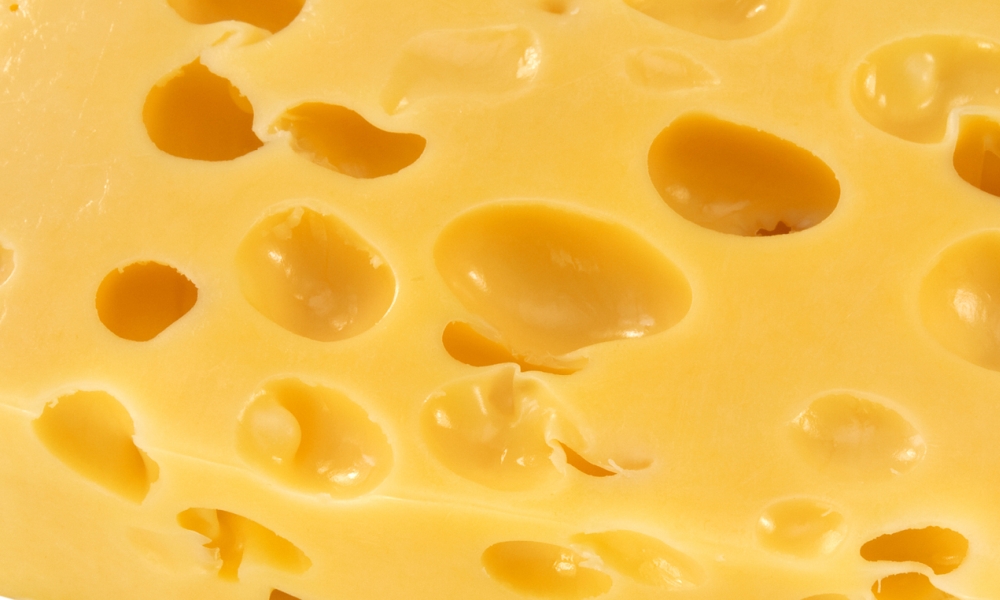 Why does the story of David and Goliath suddenly seem preoccupied with cheese? That’s what I started wondering some years ago, and it led to this meditation on 1 Samuel 17. It was published in the Reformed Journal in June 2003, p.24.

1 Samuel 17:18 “Take along these ten cheeses to the commander of their unit. See how your brothers are and bring back some assurance from them.”

Reading the story of David and Goliath recently, I found myself wondering what the cheeses were all about. In the midst of an otherwise dramatic story, the narrator lingers over the homely details of Jesse’s instructions to David concerning bread and cheese. David is to take an ephah of roasted grain and ten loaves of bread to his brothers who are camped with the army. That’s understandable – it’s hungry work fighting Philistines. But it is not the brothers who get the best of the deal, for David is also instructed to take ten cheeses to the commander of their unit. Ten loaves for seven sons, ten cheeses for one commander. Why the cheeses? We are not told in so many words, but with his next breath Jesse is expressing his fatherly concern for the safety of his sons – “see how your brothers are and bring back some assurance from them. They are with Saul…fighting against the Philistines.” It is not too hard to guess a connection in the anxious father’s mind: “Their commander chooses who gets placed in the thick of the fighting. Perhaps ten cheeses will be enough to persuade him to look out for the wellbeing of my sons, to take extra care over their safety. If I send David with the cheeses, perhaps my sons will be more likely to come back alive.” This act of parental concern, this fatherly effort to weight the scales of fortune in his family’s favor, is utterly understandable to any parent. And yet the story presents it in a deeply ironic light. Jesse fears for the safety of his older sons as they fight the Philistines, but in fact no fighting is taking place. The very next verses record the daily flight of the Israelite army in the face of Goliath’s taunts. David, a mere messenger, is in Jesse’s mind not at risk – he thinks that by sending David he can reduce the danger for his other sons. No sooner is David among his brothers (having deposited the food with the keeper of supplies – we are not told whether he bothered to leave special instructions for the commander), than he decides to become the only Israelite to actually enter the fray. Having declined armor and sword, he volunteers to take on Goliath in single combat – a move that would surely have done nothing for Jesse’s blood pressure if he could have seen what was about to transpire.

Any parent who shares with Jesse the yearning to be able to steer circumstances at least enough for our children to be left whole must feel deeply the irony of his situation. His efforts do nothing for the safety of his older sons; instead they have the result of placing his youngest son’s life at serious risk. The best laid plans… And yet, irony is not the whole story. This irony is embedded firmly within the bigger context of God’s attentive sovereignty. In the strangest of ways, Jesse’s yearning is heard and provided for – his older sons are kept out of the fighting, and all his sons are (at least on this occasion) returned to him. In a way that he could not have imagined (and would surely not have consented to if he had been offered any say in the matter) his action of sending David is precisely what brings about this happy state of affairs. He could not have known that he was sending David into battle instead of on an errand to deliver cheese – but that was what God needed to answer his heart’s cry, while at the same time achieving the larger purposes of delivering the whole nation and weaving a tale that is still being retold after all the intervening centuries.

Jesse’s cheeses are a sign of foolishness and hope – the frequent foolishness of our attempts, as creatures of such limited perspective, to master our fates, and the deeper hope that comes from seeing that a sovereign and loving God takes up our foolish interventions and weaves them into his own more compelling narrative, without thereby losing sight of the yearnings that first moved us. Knowing the ending we can smile at the whimsy of Jesse’s cheeses; perhaps they can help us to smile a hopeful smile when it is our turn to find the world less than fully malleable, and to rediscover God’s commitment to care for us anyway.