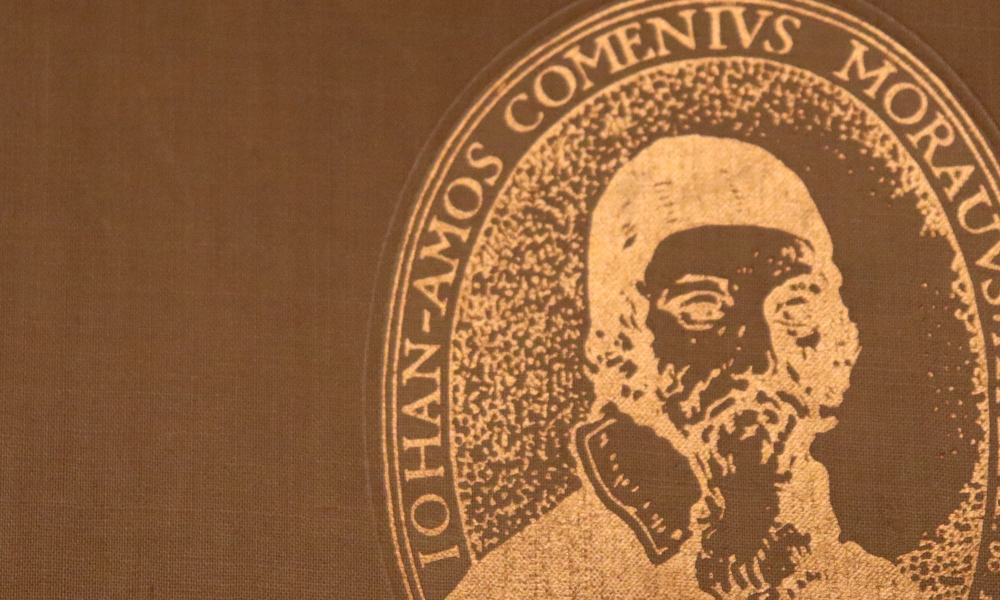 Articles & EssaysVoices from the Past

What Year Is It?

Many years ago I read a piece of advice that I have not regretted taking to heart. The advice was basically that once your studies are done and your career starts, you should choose a deep, important thinker (the advice was, I believe, in a John Piper book, so it was specifically a theologian) as a lifelong conversation partner. Whatever else you are doing and reading, keep coming back to this conversation partner. Periodically spend a little more time working to understand what concerned them and how they went about engaging with their concerns.

The pitfall that this was designed to avoid is the risk of becoming a mile wide and an inch deep, constantly consuming snippets of information but never really digging a furrow deep enough to plant wisdom. The suggestion (at least this is what I took away) was that if you chose someone who had pursued truth with depth and range and diligence, if you interacted with them regularly and repeatedly, you might learn not so much the right answers (they might well be wrong about things) as how to think well about important things. Iron sharpens iron.

I think this has merit, not least because we never really learn the depths of great literature by reading it once and filing the notes. There is something like a developing friendship in the process of working to understand an idea, living with it for a while, coming back with objections and testing them, wondering why the writer chose that word in particular, wrestling with apparent inconsistencies, figuring out how on earth they can have believed that, realizing that this passage was connected with another one they wrote years earlier, and all the other processes of slowly deepening engagement. There are risks (such as becoming too wedded to one person’s foibles), but it can be an excellent apprenticeship in thinking past the surface. And if you choose a figure who actually attained some wisdom, they will offer regular reminders that the best ideas may not be your own.

(I have wondered from time to time how this might inform the way we design courses. It seems rare in schools that we ask students to intentionally revisit a book they read last year.)

I bring all of this up because it is now 2020, and 2020 is one of those anniversary years that offers an invitation to pause and weigh our debts to an illustrious predecessor. For several decades now, at intervals, in between projects on other topics and with other sources, I have kept returning to the writings of one educational thinker, trying to understand him better. He is the Moravian educator John Amos Comenius, who died in 1670, 350 years ago this year. (Don’t worry, the exact anniversary is in November, so you still have time to plan how to mark the occasion and invite your friends.) In North America, repeated experiment has taught me that in the average room full of educators, few will have heard of him. In Europe he is still studied as a central figure in educational history.

I began my recent book on Comenius like this:

Imagine a young person living in Central Europe after the end of the Middle Ages, during the dawn of modernity. Orphaned at the age of twelve, he is sent to live with relatives, which delays his education. When he is twenty-six, the Thirty Years’ War breaks out, laying waste to his homeland, and he soon loses his wife and children to a plague. He hides in caves and forests and spends decades as a refugee, continually displaced and often dependent on the charity of others. He takes refuge in other countries, only to be caught up in new wars there. He is an aspiring writer, but twice the towns in which he lives are burned down and he loses everything, including many of the books over which he had toiled. In his old age he invests his trust in a childhood friend who is prophesying a return of the refugees to their homeland. The prophecies prove false, and at the time of his death he is seen by many as a superstitious old man who made the wrong bets.

Now imagine a young person living in the same region, at the same time. After an education abroad, this young man sets his sights on reforming the church and schools of his homeland. He produces the first bilingual Latin-Czech dictionary, the first accurate map of Moravia, and also works of literature, natural science, education theory, political theory, linguistics, history, and theology. He is celebrated throughout Europe for his contributions to educational and philosophical topics, and statesmen in several countries compete to secure his services for education-reform projects. He serves as a pastor, a bishop, and eventually as the leader of his denomination. His school textbooks are used in more than a dozen countries and for more than two centuries after his death. He is remembered as one of the most important figures in the history of Western education.(1)

Both sketches describe the life of Comenius, who lived in times of considerable chaos and experienced several major personal disasters, yet still managed to invest a lifetime in reforming schools, write hundreds of works spanning multiple disciplines, lead his denomination, and generally get things done. He was surely not right about everything, but I do think he is a candidate for the person in history who thought the most extensively and coherently about how Christian faith connects with thoughtful educational practice, and for that reason I have found it unfailingly edifying to keep returning to his work and trying to get to the bottom of what he was thinking.

There will be formal publications this year to mark the 350th anniversary of his death (including a book edited by Czech Comenius scholar Jan Hábl, to which I have contributed a chapter). My own small tribute will be to see if I can post a piece about Comenius here at regular intervals through 2020. Some will be past publications, others will be new pieces. So if Comenius is a new name to you, or you’d like to get to know him a little better, check back here from time to time. (For a short and modestly priced primer, check out my introduction to Comenius here.)